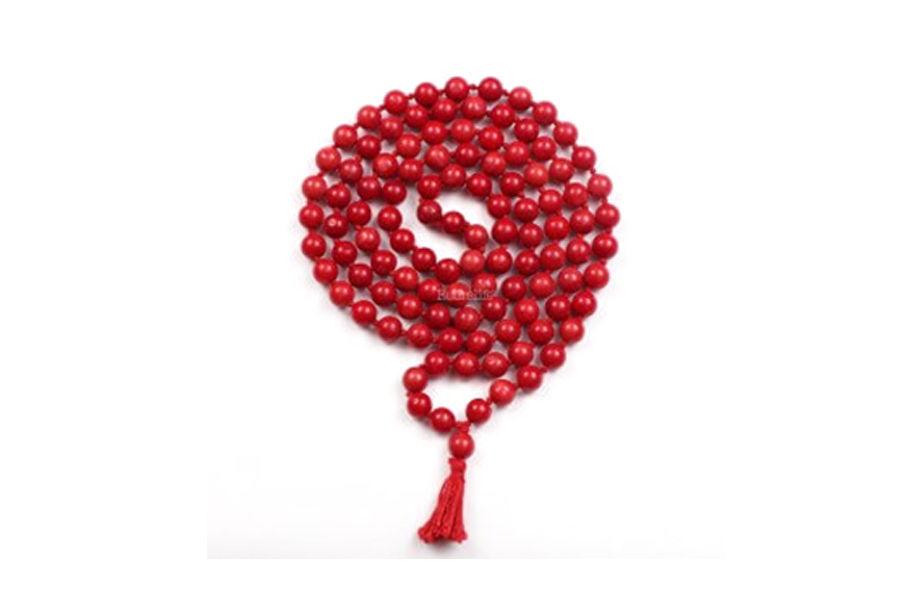 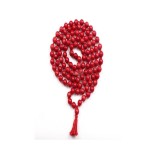 Coral is a stone of marine organic origin. Coral may be used to reconnect with nature and its variety of wonders.

This mala contains 108+1 beads of red coral representing the planet Mars. The size of the coral beads is approximately 8mm in size.

The Coral Mala is said to attract love and prosperity as it is called gem of passion. It is also said that wearing a coral mala brings creativity and optimism in the wearer. It supports confidence and is said to bring harmony in relationships (marital), boosts energy, eliminates fear and bad dreams. It is believed to bring victory over adversaries and competitors.

The coral beads in this mala are approximately 8mm in size with knots as spacing and tassel. It can be used to chant mantra for Lord Hanuman / Lord Ganesha.