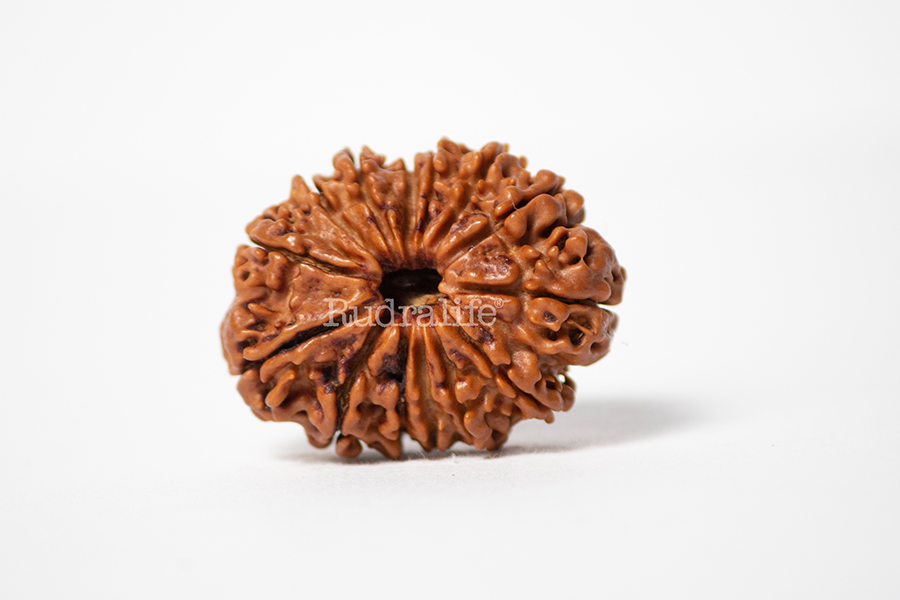 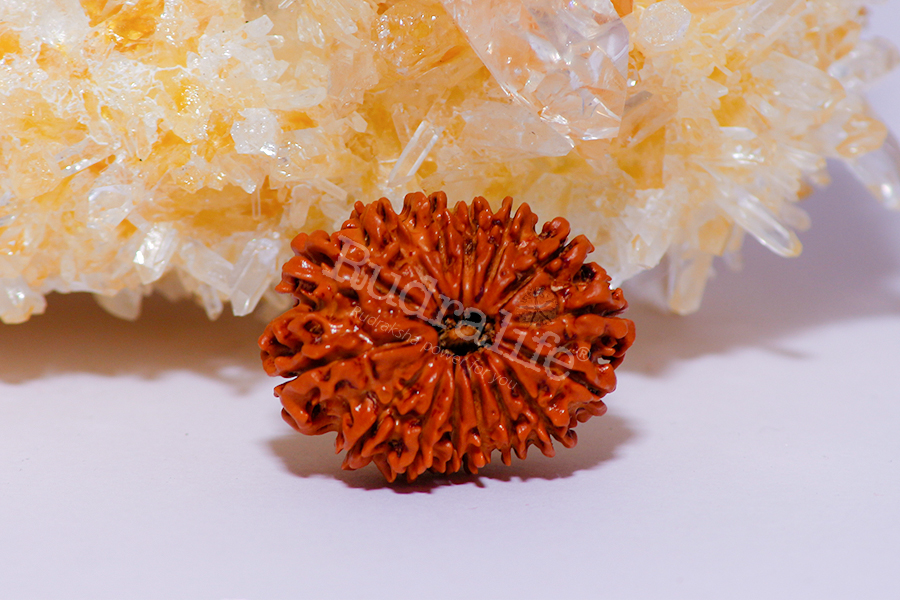 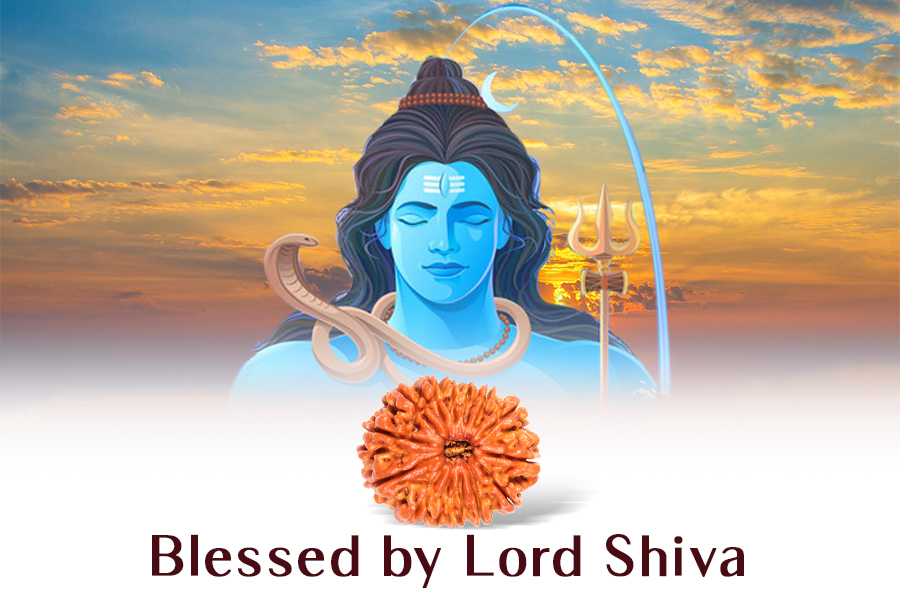 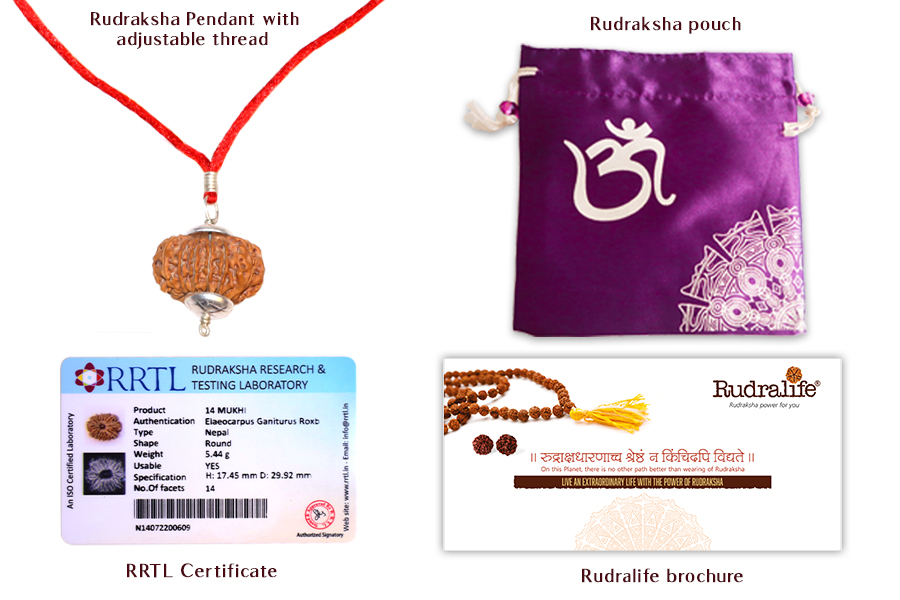 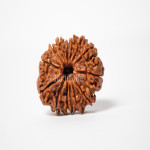 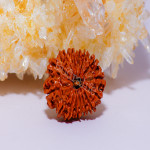 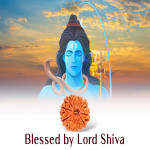 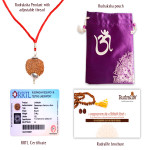 Fourteen Mukhi Rudraksha is derived from the eyes of Lord Rudra. It removes all obstacles and offers total health.

14 Mukhi Rudraksha bead is referred to as Deva Mani or Maha Shani in the Shastras. When tears fell from the eyes of lord Shiva it is believed that the 14 Mukhi originated from the tears that fell from his third eye. This divine bead is therefore called as the controller of the third eye/Ajna chakra. This Chakra is located in between the eyebrows and is the seat of intuition. Thus, the wearer of this Rudraksha is blessed with an intuitive mind for making sound judgements. This helps him / her to execute any plan or action and achieve success in the endevours.

As per scriptures, This Rudraksha improves the present, it sublimates the sins of past karmas right and bestows a positive, bright future. He is also blessed with supreme decision making skills that ensure success. This Rudraksha helps the wearer procure the grace of Lord Shiva and Lord Hanuman. Lord Shiva is addressed as “Omkaara Bindu Samyuktam” and “Mahadev” (God of Gods).

Benefits of wearing the 14 Mukhi Rudraksha

Who should wear the Fourteen Mukhi Rudraksha:

The 14 mukhi Rudraksha is a rare bead whose demand by far exceeds its supply. It is believed that a tree that bears the 14 mukhi is said to have sprung up from the teardrop that fell from the third eye of Lord Shiva. This makes this exquisite bead rare, powerful and expensive. This bead is the only one that is placed on top of a Shivling during worship as compared to others placed around the Shivling on the Yoni base.

As pert texts, the wearer of the 14 mukhi never fails in decision making. This bead increases his intuitive power. The 14 mukhi is good for protection during travelling, confidence and inner strength. It ensures stable growth to the wearer. It is good for speculators, investors, risk managers, people from iron and steel industry and businessmen. It improves overall luck, intuition and facilitates quick decision making leading to successful outcomes.

Lord Hanuman is an Avatar of Lord Shiva. His birth was for the sole purpose of aiding good people while destroying evil. Lord Surya is his Guru and he was blessed by all the Gods. Lord Hanuman fought on Lord Rama’s side. He helped Lord Rama fight the war against the mighty Ravana to get back Sita Devi. Lord Hanuman flew across the mighty ocean to find Devi Sita. He set Lanka on fire before leaving to inform Lord Rama. He brought the Sanjeevini herb to revive Lakshman when he was fatally injured. Lord Hanuman was devoted to Lord Ram. So intense was his dedication that no evil power could even touch Hanuman.

Note that the third eye / Ajna Chakra in the human body is denoted by two petals containing Beeja (seed) Mantras viz, the right and the left petals corresponds with the “Ham” and Ksham” respectively. In the centre of these petals is the “Om” Beeja Mantra that denotes the infinite energy of Lord Shiva. Thus the 14 mukhi encases the power of Lord Shiva, which can develop the higher mind and intuition.