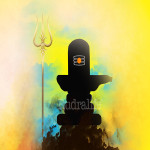 Lord Shiva symbolizes the characteristic of Supreme Being and is highly admired as the destroyer of all sorrow and evil. The Vedic hymn Sri Rudri is the oldest listing of various names of Lord Shiva. Through the chanting of Sri Rudri, Lord Shiva's various attributes and aspects are invoked and worshipped. The power available during the Shravan month is of such a high magnitude that Yogis activate mantras and become recipients of great magical and occult secrets. The sick become well, the unmarried find ideal mates, debts are removed, wealth and power is showered and death is evaded. He is the union of both male and female energies as He is the Ardhnarishwar. It is said the key of Lord Kubera's wealth is held by Lord Shiva. All nine planets are supposed to be under the domain of Shiva and hence his propitiation leads to gains in Career, Job, Business, Relationship, Marriage and Health. It is said that Lord Shiva and His consort, the Divine Mother Annapurna blesses with Ashta Siddhis and Nava Niddhis.

The effects of chanting and listening to Rudri are highly praised in the Shastras. The Shiva Puran explains: “By chanting Rudram, one gains both worldly pleasures and liberation. Kaivalya Upanishad also declares: “Whoever reads Shatarudrīya becomes pure as fire and becomes pure as air”.

Who should perform LAGHU RUDRABHISHEK?