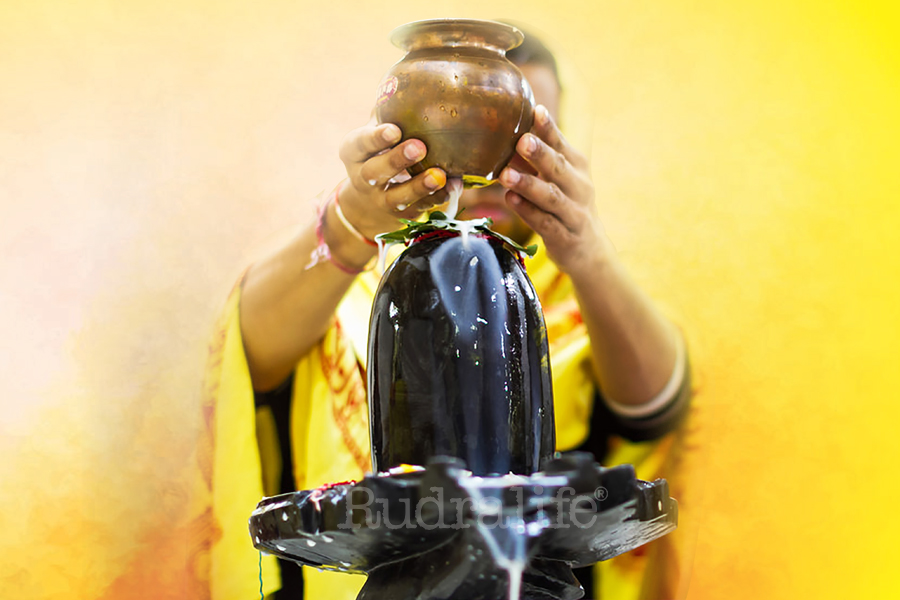 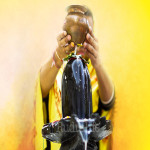 Vedas are the supreme fountainhead of Indian spiritual and philosophical thought. This elixir flows like Prana (life / breath) through the various religious texts of Sanatan Dharma. Earlier Vedas were studied by seers and scholars for their own sake without expecting any reward because they contain the notion of infinity itself. That is why our ancients thought it best to utilize various portions of the Veda Mantras for purpose of rituals and ceremonies for conferring spiritual as well as material benefits on mankind since they knew that very few people would learn Vedas merely for their own sake in this Kali Yuga.

To worship such an unparalleled and incomparable form, all devotees of Shiva used to diligently follow the following five rules. (1) Rudraksha Dharanam; (2) Bhasma Dharanam in the prescribed manner; (3) Panchakshara Mantra Japa by those who have been initiated by a Guru or Shiva; Nama Japa by those not initiated into Mantra. (4) Performing daily Panchayatana Puja and (5) Meditating constantly on Sada Shiva.

Ancient Sages have ordained several ceremonies and austerities where Vedic Mantras are used for worship. One of such Mantras of high potency and power is called Shri Rudri of Taittiriya Samhita of Sri Krishna Yajurveda Samhita. It consists of 44 Chapters. In the middle of the 4th Canto of this Samhita Shri Rudri is the fifth chapter. The importance of Sri Rudri is that it occurs in the middle of the Taittiriya Samhita and in the central portion of Sri Rudri is to be found perhaps the greatest of the Mantras viz. Panchakshar Mantra. Sri Rudri is therefore the holiest of holy Mantras. It is also called Namaka Prasnam as the word Namah occurs several times. It is recited not only for one's own purification, sublimation of animal instincts and attainment of higher spiritual knowledge; ultimately leading to Shivatva, but also for bringing welfare to oneself and to the mankind as a whole.

Traditionally, the seventh chapter of the 4th Cantos of Taittiriya Samhita called the Chamaka Prasnam is also recited along with Sri Rudri in which there is a prayer for seeking material benefits ranging from material needs such as food, shelter, wealth, etc. Constant repetition of Rudra mantras in the prescribed manner is called Japa Yagna. This Japa Yagna is followed by Abhishek, Hawan and Archana to Lord Shiva by which the efficiency of Japa Yagna is enhanced.

Sri Rudri Japa is normally done after an elaborate Anganyasa which is called Mahanyasa. Sri Rudri is then chanted eleven times and at the end, one Anuvaka of Chamaka Prasnam is chanted. Thus when Sri Rudri is chanted 11 times, Chamakam is chanted once in full; i.e. the first eleven anuvakas of the seventh prasna of the 4th canto of Taittiriya Samhita. Simultaneously, Abhishek is also performed on a 'Shivling' chanting Sri Rudri eleven times and Chamaka once. The significance is that, the eleven forms of Lord Shiva viz: Mahadeva, Shiva, Rudra, Shankara, Neelalohita, Eashana, Vijaya, Bhima, Devadeva, Bhavodhbhava and Adtiyatmaka Rudra, are invoked in eleven Kalasha’s (kumbham) when eleven Pundits chant Sri Rudri Mantra eleven times each according to the above procedure followed by one anuvaka of Chamaka. Then Hawan is performed chanting Rudra and Chamaka Prasna in full and pouring pure cow's ghee into the fire in one unbroken stream chanting Chamaka Prasna called Vasordhara. Abhishekam is also performed with the water sanctified in the eleven Kumbham’s to the lord while the same is also sprinkled on all the devotees assembled to witness the Maharudra Yagna. Then Archana is performed with flowers and 'Bilwa' leaves with various Mantras. The Yagna is then concluded with Mangal Aarti and Mantra Pushpanjali.

Description: The effects of chanting and listening to Rudri are highly praised in the Shastras. The Shiva Puran explains: “By chanting Rudri, one gains both worldly pleasures and liberation. Kaivalya Upanishad also declares: “Whoever reads Shatarudriya becomes pure as fire and pure as air”.