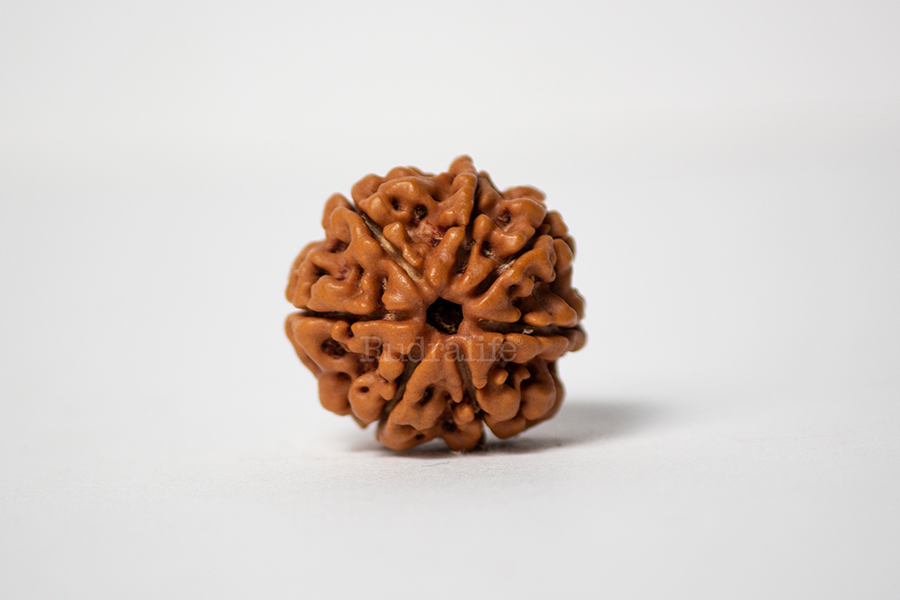 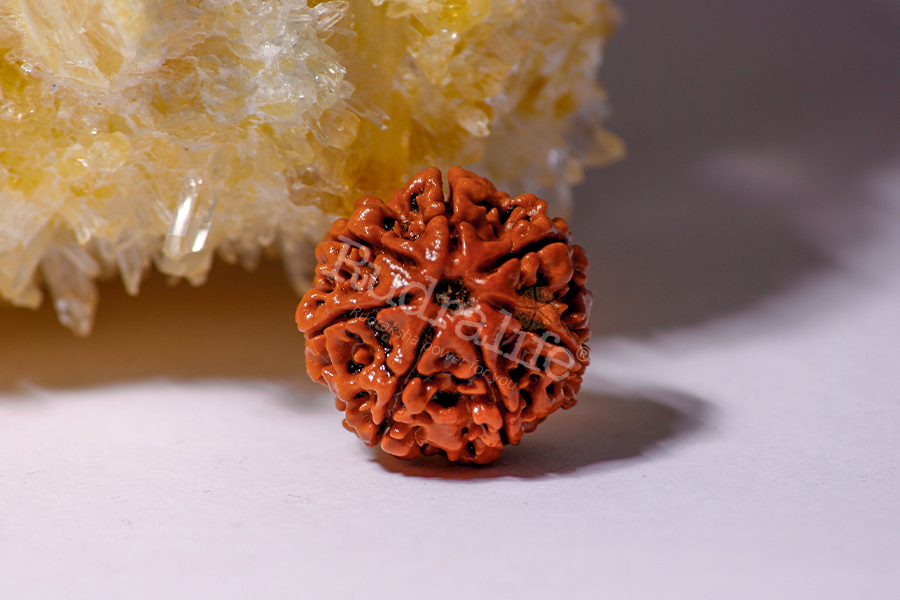 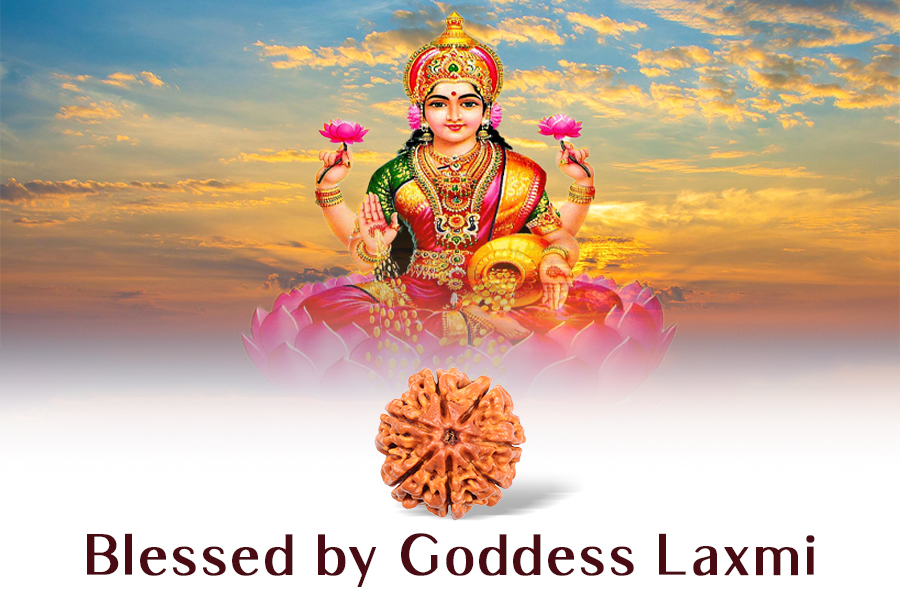 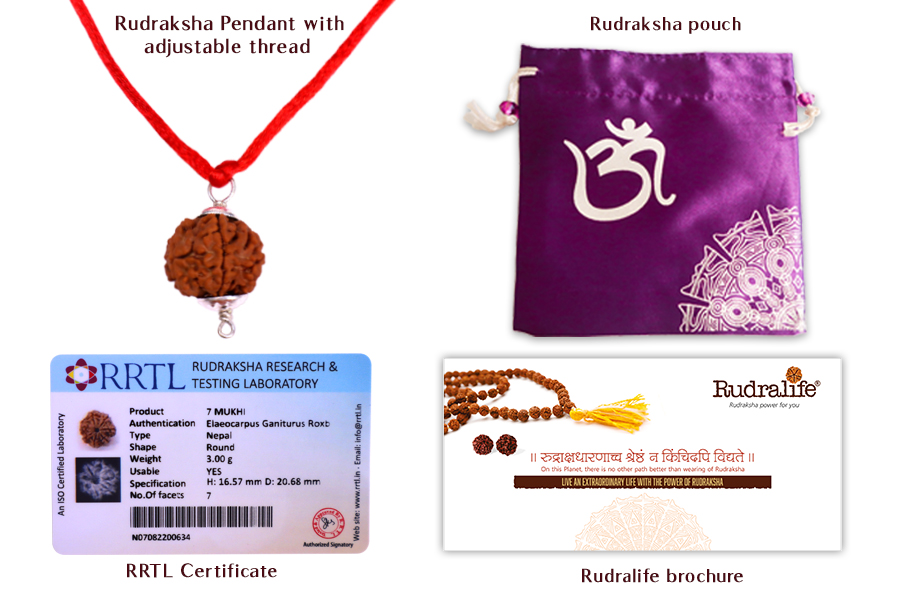 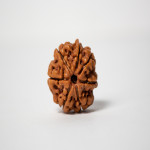 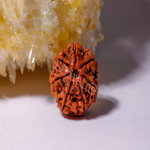 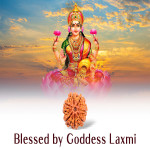 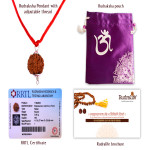 BENEFITS: Good for financial and career growth. For bones and nerves and neck pain.

The 7 Mukhi Rudraksha is of Anang form. Even a poor person becomes Ishwar (Full of Possessions) by wearing it.

The word “Ananta” (infinite) actually gives an insight into the several powers the wearer of this bead can access. In the scriptures Lord Vishnu has told that of all the snakes he is Ananta. Lord Vishnu is often depicted with Sthira (stable) Lakshmi on Ananta. Thus this bead carries the power of Goddess Lakshmi in her most stable form. The blessing of Goddess Lakshmi brings in wealth, fame, progress and removes bad luck. This power is experienced by the wearer of this bead as per texts.

Benefits of wearing the 7 Mukhi Rudraksha :

Who should wear the Seven Mukhi Rudraksha:

As per texts, the 7 Mukhi Rudraksha is effective in controlling the malefic effects of Saturn. He is known to be a hard task master who dispenses results as per one’s Karmas. The Puranas state that it is always pleasing when Lakshmi walks in Saturn walks away after dispensing justice during the period of Sade Sati. The Matsya Purana states that Saturn relieves one of ailments who pray and perform good Karmas. This is the reason the 7 Mukhi Rudraksha is advised for people suffering from muscular pain, arthritis and other ailments associated with bones and nerves.

The 7 Mukhi Rudraksha is a popular bead because of its multiple benefits. It is worn by professionals as well as businessmen. Two beads of 7 Mukhi Rudraksha can be kept in the cash box to attract and stabilise wealth. The same can be kept in the place of worship for ensuring wealth with stability and energized with Mantras. The 7 Mukhi hanging is used in workspace / house to attract finances and tone down the malefic effects of Shani. A 7 Mukhi Kantha is very popular for those suffering any pain or disorder that causes immobility. The 7 Mukhi Rudraksha is the master bead that graces the Shani Kantha a very powerful combination.

Wearing this Rudraksha and performing Sandhya Vandana and chanting the Gayatri Mantra is considered to be a very special ritual in Hinduism. The scriptures clearly imply that the wearer of the 7 Mukhi Rudraksha stays true to the innate nature of his soul even while he leads a successful life in the material world. Fortune favours those who surrender with a pure heart to the Goddess of Fortune (Mahalakshmi). This is the reason why we advise people to wear it close to the heart and connect to not only Mahalakshmi but also the various divine energies blessing this bead.

Goddess Lakshmi is known for bestowing wealth and abundance. When she was in Devlok, Lord Indra was resplendent and mighty as the king of Devatas. When he was cursed for his arrogance and carelessness by the Sage Durvasa, Goddess Lakshmi leaves him, rendering him weak and without glory. She then graces the Naaglok as well as the lower world of the Asuras. The king of Asuras, Bali was blessed abundantly by her. When the quest for Amrut began, it was decided to churn the ocean. Both Devas and Asuras saw her emerging from the ocean of milk amidst the churning. She promptly chose Vishnu as her husband and went with him to Vaikuntha. It is in this place that she sat with her husband on the mighty Ananta Naag and displayed her Sthira (stable) form.

The Padma Purana states that seven mighty snakes live in the seven facets of the 7 Mukhi Rudraksha. Nagas / snakes are mighty elemental beings. The wearer of this bead stays unaffected by poisoning of any kind because of the grace of these Nagas. Crimes like theft, adultery and drug abuse amount to negative Karma and sins. This bead absolves the sins resulting from them.