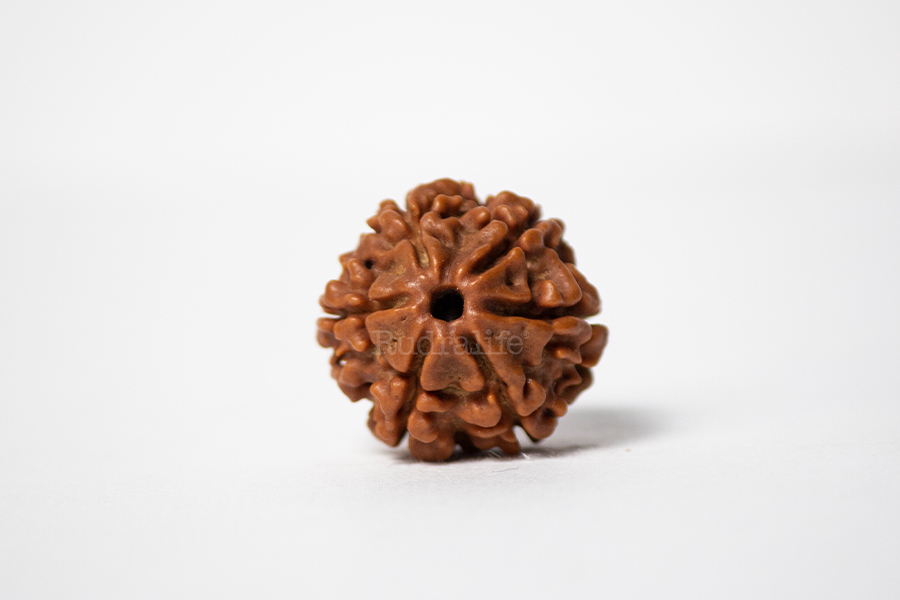 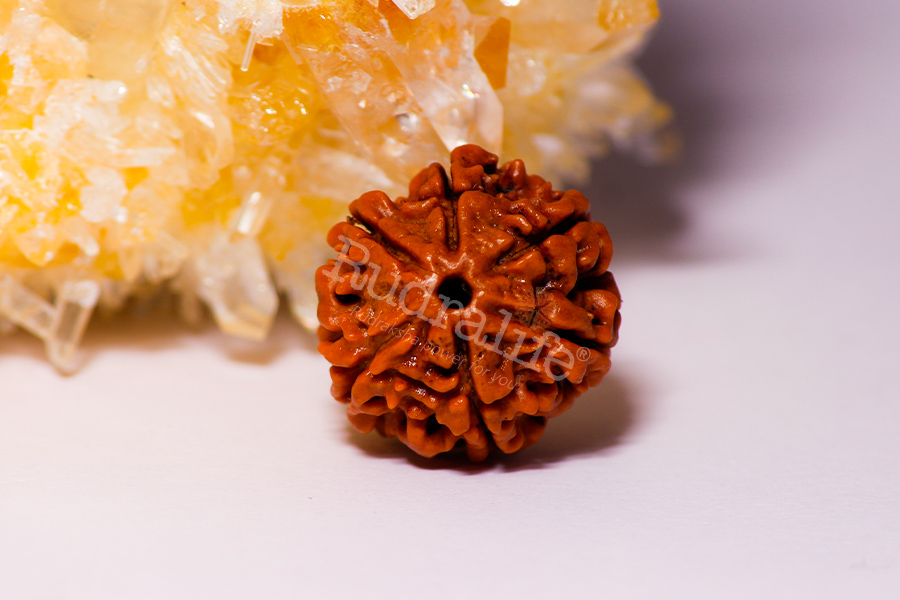 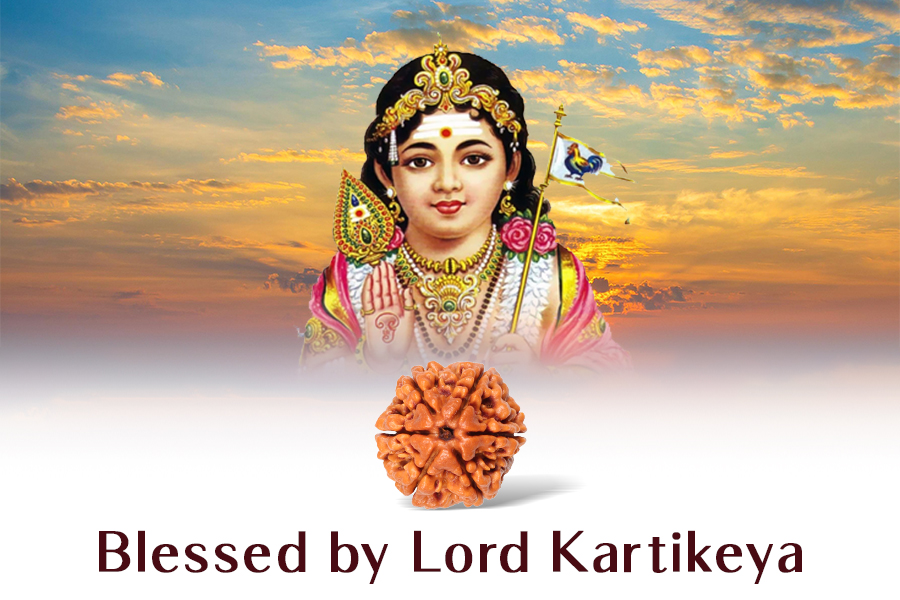 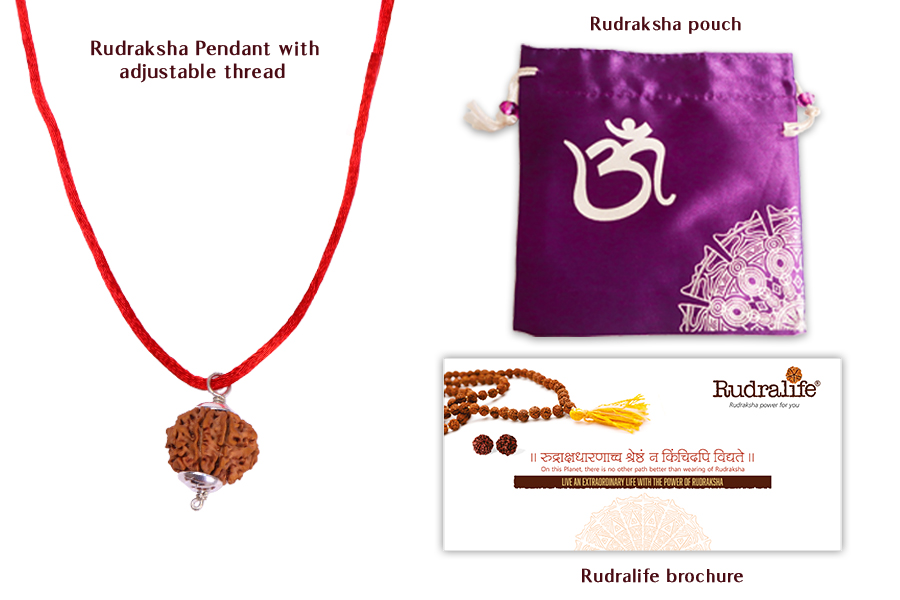 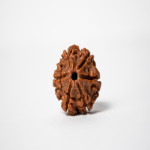 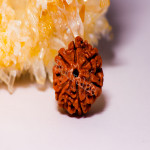 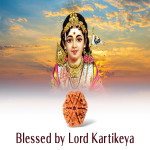 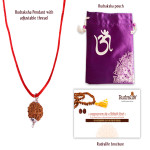 BENEFITS: Good for knowledge, wisdom, communication skills and self confidence.

The wearer of a 6 Mukhi Rudraksha is said to become a skilled speaker. The person is said to experience that they do not get timid or nervous.

The Six Mukhi Rudraksha is blessed by Lord Kartikeya the youthful, resplendent brave son of Lord Shiva. Kartikeya is known as Skanda (the spilled one) Shanmukha (the six faced one) Mahasena (Commander of the army of the Devas, Guru Guha (he who resides in a cave symbolic of the heart of Shiva). When you envision Kartikeya a bright faced youth who is a fearless warrior riding on a peacock and holding his weapon the Shaktivel comes to mind.

The Six Mukhi Rudraksha is useful in controlling the malefic effects of Venus. Some texts also state that this Rudraksha is jointly blessed by Kartikeya and Lord Ganesha. It is believed that Goddess Laxmi also blesses the wearer of this Rudraksha. Thus it can be worn on the neck or on the wrist to do away with lethargy while boosting energy, attractiveness and essential communication along with fearlessness.

The six Mukhi Rudraksha can increase the attractiveness of the wearer. It has been clearly mentioned in the texts that this is the Rudraksha to wear for attracting the right knowledge, wealth and youthfulness. It blesses the wearer with wisdom, increased intelligence, will power and a steady mind. It improves artistic qualities, expression power and oratory skills.

Benefits of wearing the 6 Mukhi Rudraksha :

Who should wear the Six Mukhi Rudraksha:

It is believed to be good for teachers, executives, journalists and those who want to improve their communication and marketing skills. The wearer of this Rudraksha is free from emotional trauma and learns to live and appreciate life without wallowing in grief or self-pity. The wearer is said to achieve dynamic energy, love, beauty and harmony with learning, wisdom and knowledge. Thus the wearer will have a better understanding of love, music and personal relationships.

According to our scriptures, Lord Kartikeya originated from the spilled seed of Lord Shiva to destroy Tarkasur. The heat emanating from this seed was so great that it was given to Agnidev for safe keeping. Even he could not hold it for long and handed it to Ganga. The waters of Ganga started evaporating and she deposited this seed on the Sharavana reeds. The seed split into six children and the children were taken care of by the six Krittikas. The six children were crying very loudly till Goddess Parvati came to see them. She combined them into one child. At her glance the six faced child became calm and his faces unified into one. This child was trained by Shiva, Shakti, Brahma, Saraswati and Laxmi.

He then fought Tarkasur and killed him. Once when lord Shiva asked Kartikeya the meaning of Om Kartikeya replied that only if he is given a place higher that Mahadev he would impart this secret. By revealing this hidden secret in Lord Shivas’ ears, much to the delight of Goddess Parvati; young Skanda was lovingly given a place on lord Shivas’ shoulder. Kartikeya is the energy that gives meaning to strength of OM (Pranava).

This verse from the Skanda Shakta Stotram clearly describes the form and energy of Lord Kartikeya. Kartikeya right from his birth was aided by pure and powerful divine deities like Agni, Ganga, Krittikas, Laxmi and Parvati and also by. Since he is born out of the blazing seed of Lord Shiva he is also associated with the planet Mars.