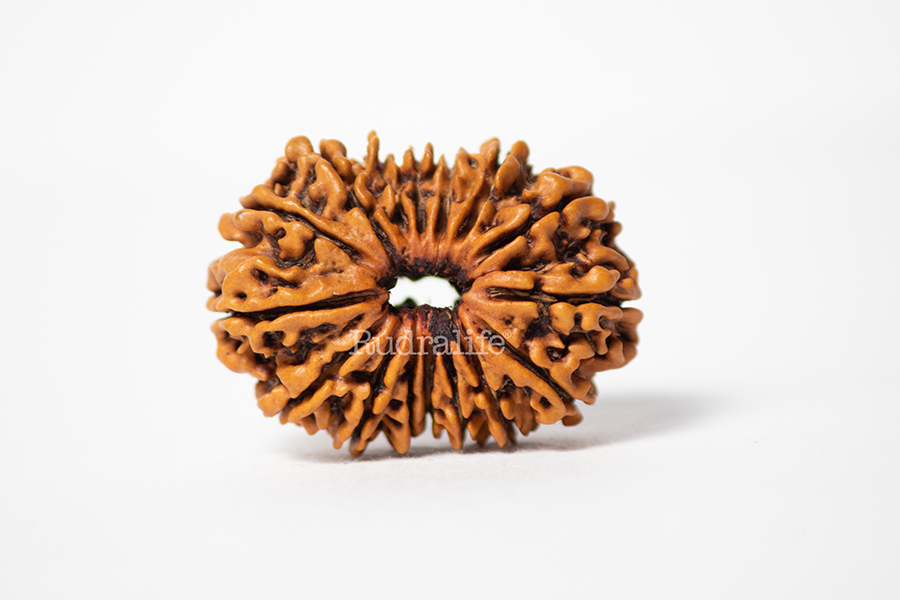 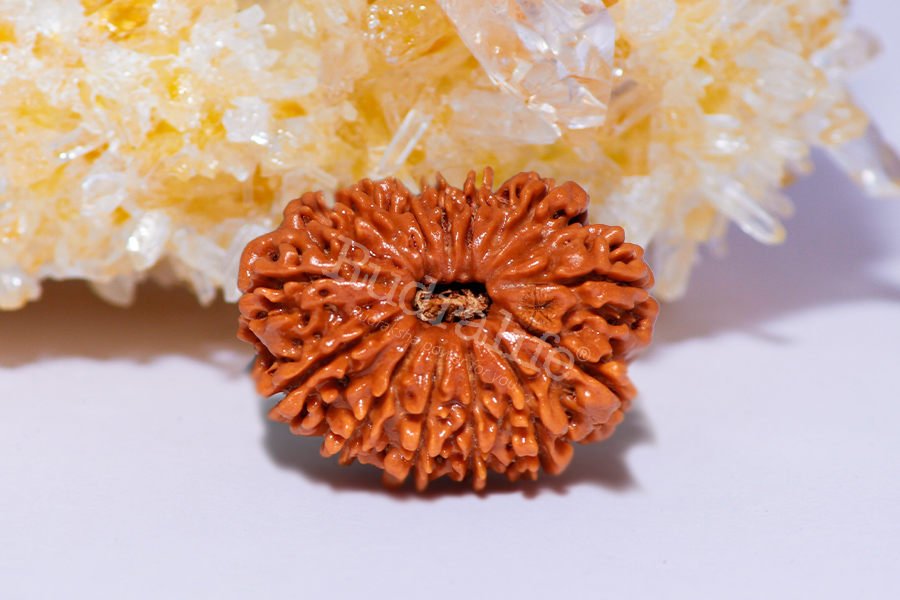 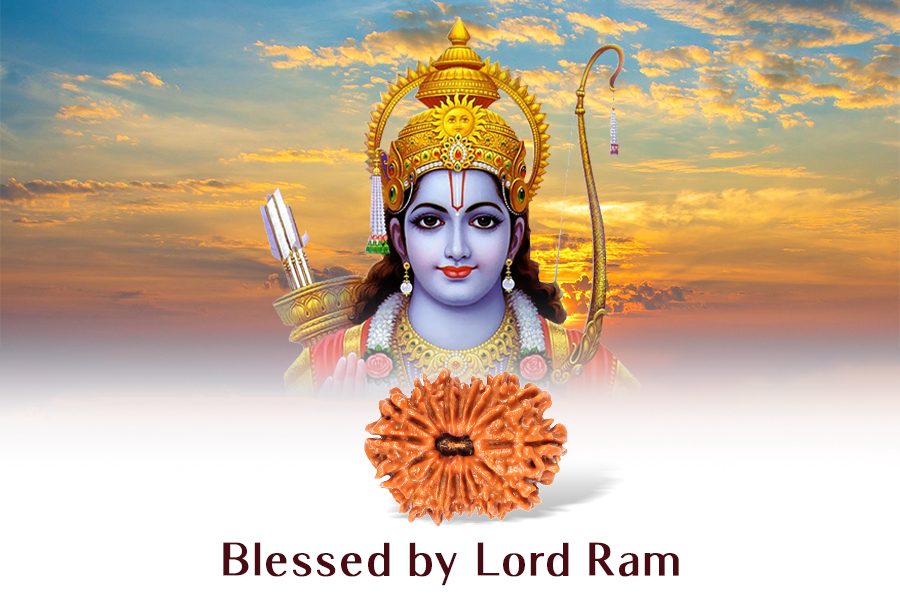 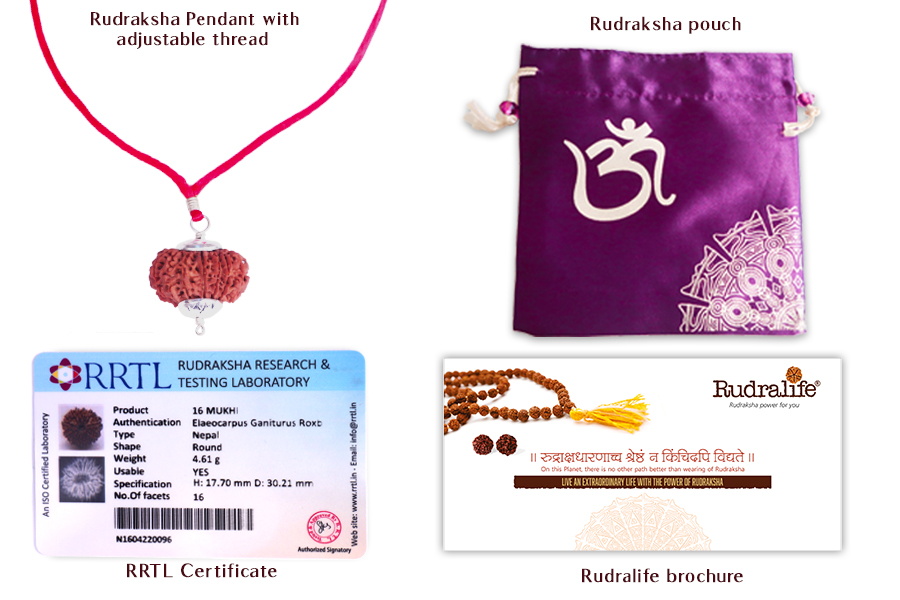 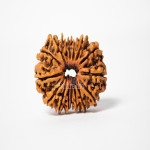 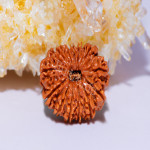 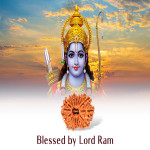 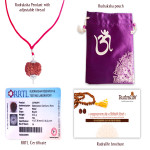 BENEFITS: Jai Rudrksha- for victory against enemies and court cases.

Salutation to Shri Rama, his matted locks shine with glory and he destroys the fears and sins of his devotees.

16 Mukhi Rudraksha is the talisman of a virtuous human being who is endowed with tremendous fortitude. A blessing of Lord Rama endows goods family relationships, respect, fame and success. The 16 Mukhi Rudraksha is called as the “Jai Rudraksha”. The powers protect the wearer against any theft or cheating while ensuring victory against adversaries. This Rudraksha is also blessed by Mahakaal; the blessing of this deity removes the fear death. It is helpful for people whose birth sign contain unfavourable planetary positions. True strength comes from within. This Rudraksha helps in overcoming fears like those of losing one’s beloved ones, unjust blame for some acts not committed, has to compromise his or her principles or is afraid of death. One can wear this divine bead for overcoming unfounded fears and emerging victorious. The story of Lord Rama’s life gives insight into his tremendous inner strength and power to emerge victorious against all odds. The Ramashtakam sings his glory with the following.

Benefits of wearing the 16 Mukhi Rudraksha :

Who should wear the Sixteen Mukhi Rudraksha:

As per scriptures, the 16 Mukhi Rudraksha always ensures victory over adversaries. The16 Mukhi Rudraksha can be worn singularly or in combination with other Rudraksha. People involved in import - export, chemical and pharmaceutical businesses are advised to wear this bead. The energy of this Rudraksha is capable of cutting through legal entanglements and adversaries thereby ensuring victory in court cases.

Lord Rama was born into a royal family. He grew up to be a virtuous, courageous and righteous prince. He was loved by all. This young handsome prince was also physically very strong. He was the only one who could lift and string a bow during the Swayamvar of Devi Sita. He won her hand in marriage and returned to Ayodhya. This young scion of the Ikshvaku dynasty was fate's chosen child. Due to a promise given by his father he was exiled to into the forest for 14 years. He honoured this promise and lived in the forest with his brother Lakshman and wife Sita. When Sita was abducted by Ravana, Lord Rama was heartbroken. He received the aid of Lord Hanuman, an Anshavatar of Lord Shiva. The entire army of monkeys helped Lord Rama build a bridge across the ocean to reach Lanka where Sita was imprisoned. Lord Rama had to wage a war and kill Ravana to get Sita Devi back. He returned to Ayodhya with his wife and was crowned the King amidst cries of victorious cries of “Jai Shri Ram”.

The 16 Mukhi Rudraksha is an extremely powerful and rare a bead. It controls the malefic effects of the planet Rahu. This shadow planet is known for its illusory and deceptive powers. The energy of the 16 Mukhi can cut through any illusion, deceit and bestow the wearer with auspiciousness. Victory and happiness follow the wearer. These lines from Ramashtakam clearly mention this.