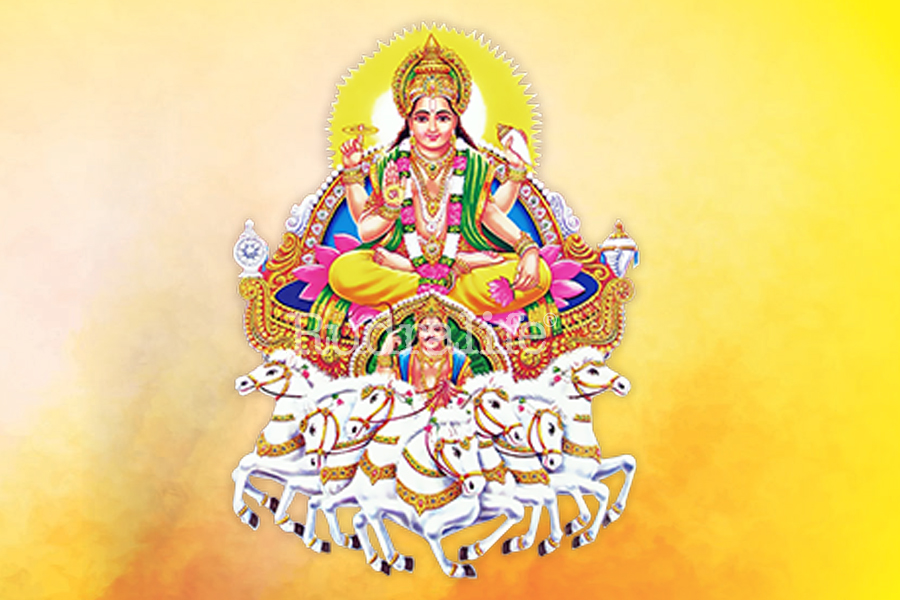 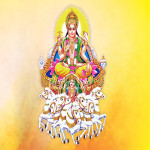 Surya is the chief, the solar deity. His chariot is pulled by seven horses, which represent the seven chakras / days. He presides as "Ravi" over "Ravi-vaara" or Sunday. In Hindu religious literature, Surya is notably mentioned as the visible form of God that one can see every day. Furthermore, Shaivites and Vaishnavas often regard Surya as an aspect of Shiva and Vishnu, respectively. For example, the sun is called Surya Narayana by Vaishnavas. In Shaivite theology, Surya is said to be one of eight forms of Shiva, named the Ashtamurti. He is said to represent the Soul, the King, highly placed persons or father.

A person who has a debilitated (Neecha) Surya, is undergoing a period of Surya Maha dasa or sub-dasa, or if the planet Surya is in association with any malefic planets by conjunction, aspect or is placed in the 2rd, 5th, 7th, 8th or the 12th house of the natal horoscope, or if Surya has the lordship of a malefic house and posited in a benefic house and vice versa.