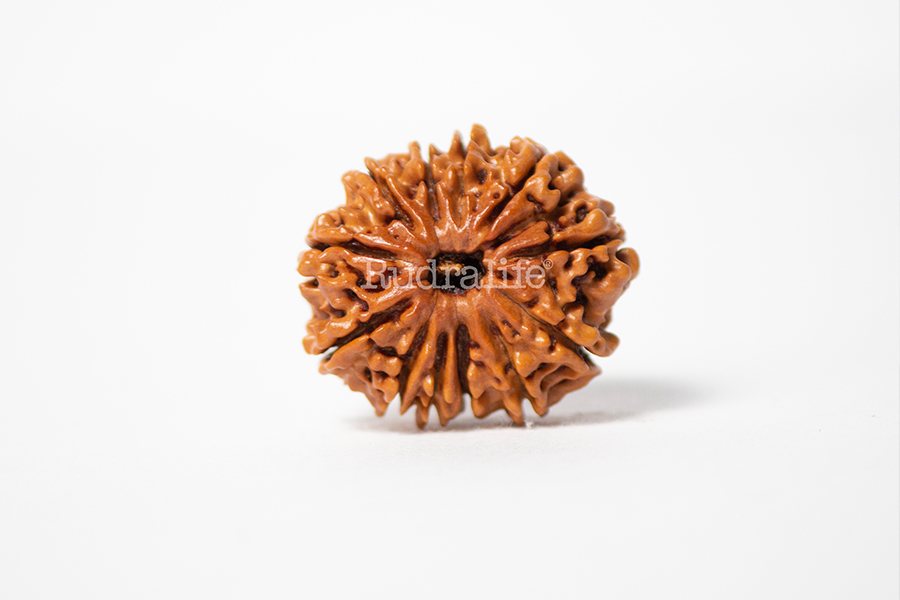 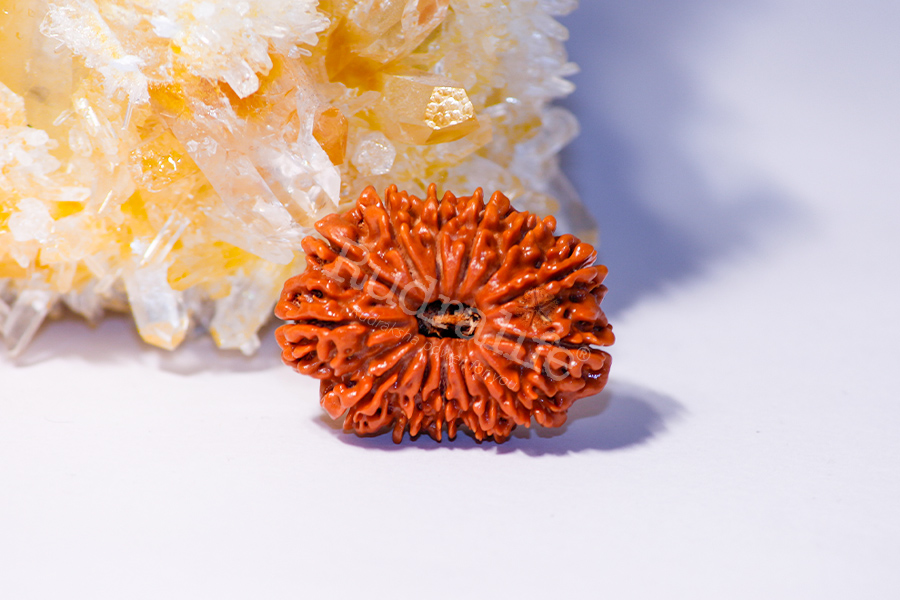 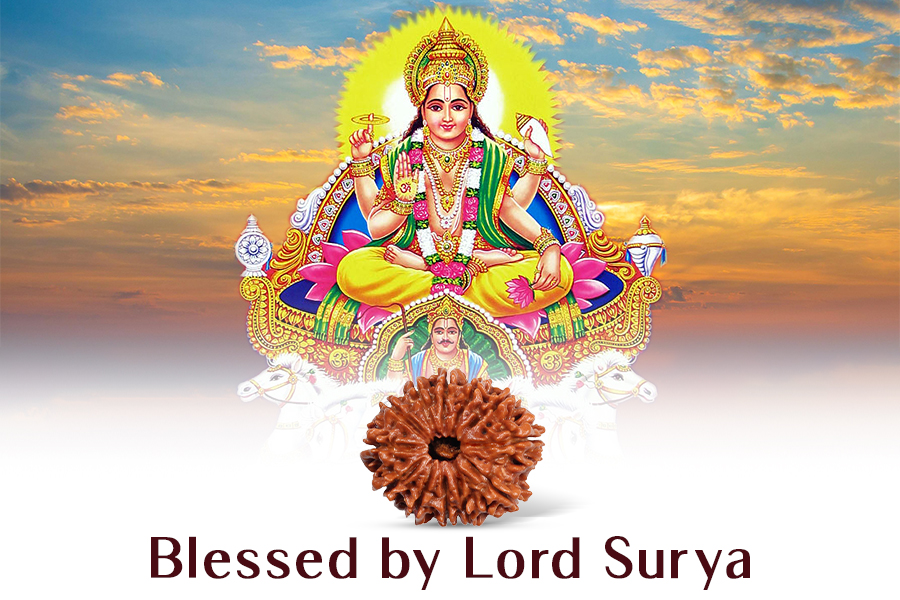 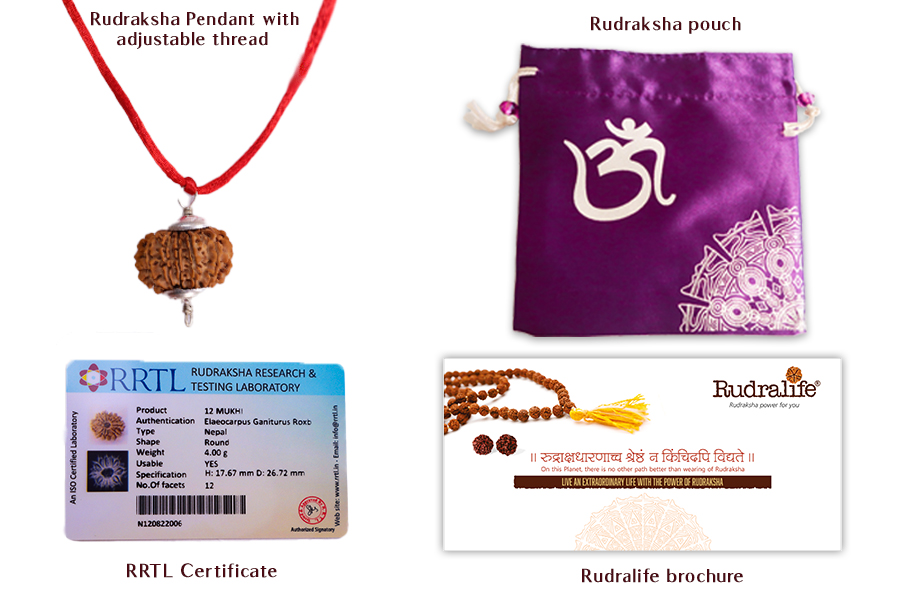 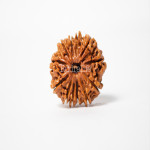 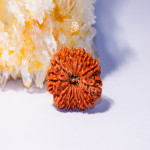 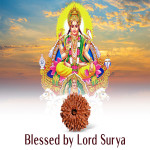 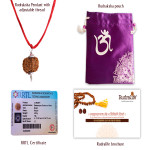 Wearing 12 Mukhi Rudraksha satisfies Lord Aditya (Sun). The wearer is free from disease; he also gets wealth and happiness.

The 12 Mukhi Rudraksha is blessed by the Sun also addressed as Surya. Dwadash Aditya is the name given to the 12 Mukhi Rudraksha. The Padma Puran mentions that the wearer of the 12 Mukhi can acquire wealth and happiness. He is freed from the fear of fiery energies and diseases. Poverty stays away from the wearer. Any sin incurred on account of killing or abetting the murder of animals and soldiers at war is nullified by this bead.

The Shrimad Devi Bhagwatam clearly states that the wearer of the 12 Mukhi Rudraksha does not experience any fear of armed men, horned animals and lions. He is free of any physical or mental agony. Thereby this Rudraksha makes the wearer fearless and frees him from troubles. As per the Rudraksha Jabalo Upanishad, Lord Vishnu also blesses this bead. It provides leadership qualities and the individual can harness control over people. It makes the wearer radiant like the Sun and gives inner strength to govern like a mighty ruler. It eliminates all internal doubts that plague the mind and blesses the person with internal happiness.

Benefits of wearing the 12 Mukhi Rudraksha

Who should wear the Twelve Mukhi Rudraksha:

The 12 Mukhi is recommended usually for administrators, doctors, lawyers and C. A.s. The decision-making and discernment needed to rule with authority and shine forth in their field is bestowed abundantly.

The 12 Mukhi Rudraksha is a very radiant and powerful bead. The scriptures mention its healing powers that cure diseases. The wearer displays the same potent power as Surya Dev. It helps to eliminate stress and anger. It does away with negative tendencies of worrying, being suspicious, dependency and poor self-esteem. This Rudraksha energizes and strengthens all the digestive organs effectively and particularly the heart and eyesight.

Wearing this Rudraksha waking up early in the morning before sunrise and chanting the Surya Gayatri mantra is considered to give extremely auspicious results.

As per the Samba Purana, Lord Krishna married Jambwanti. They had a son called Samba. He was extremely handsome. His charm and radiance was exemplary. Once he committed a sin and as a result was afflicted with leprosy. His youthful charm now began to wilt and moved towards a very challenging physical appearance. His health began to fail. He invokes Surya / Sun. He prayed sincerely till Surya appeared and blessed him. It was with Surya’s blessings that Samba could do away with this misfortune. Thus he was disease free and handsome once again.

An excerpt from this Purana calls Lord Surya as the radiant master of the universe who through his effulgent rays bestows knowledge. He can bestow salvation through his presence and radiance. Lord Surya has a red complexion, rides a chariot drawn by seven white horses and holds the divine wheel of Time. He is the father who gives warmth, radiance and annihilates all sins with his thousand rays of light. This is how the Suryashtakam ends describing the power of this deity from the Rig Veda.